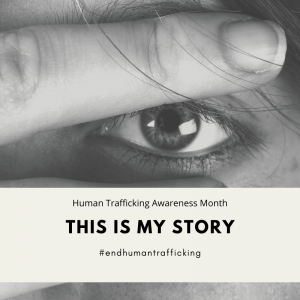 Erlinda* came from the Philippines to work as a domestic worker for a diplomat in Washington D.C. She traveled on a visa for domestic workers of foreign dignitaries. However, upon her arrival in Washington D.C., Erlinda’s employer confiscated her identity documents and forced her to work around the clock, under constant surveillance and threat of deportation.
Erlinda’s visa was tied to her employer, and she would have immediately lost legal status if she left her employer’s home—a fact her employer reminded her of constantly. Erlinda was never paid and was forced to sleep on the floor. Despite these threats, Erlinda finally found the courage to leave her employer’s home.
With Ayuda’s help, she applied for and was granted a T visa. Through the process, she learned about her rights in the United States and cooperated in an investigation of her employer. She was able to reunite with her family members and is now rebuilding her life.
Stories like Erlinda’s are all too common in the Washington D.C. area.
However, due to anti-immigrant rhetoric and heightened immigration enforcement, immigrants in Erlinda’s situation are even more afraid of immigration consequences and are therefore more vulnerable to human trafficking and less likely to report their traffickers. As a result, human trafficking victims are not receiving legally mandated protections and perpetrators are enjoying impunity for their actions.
*Name changed to protect client’s identity
Prev
Next
Ayuda's COVID-19 Response

For their safety, security and well-being, all Ayuda staff, interns and volunteers will be teleworking until further notice. We will continue to support our clients during this difficult time, but we need your help.

In a time of social distancing and isolation, it is more important than ever that we come together and let the most vulnerable in our community know they are not alone.